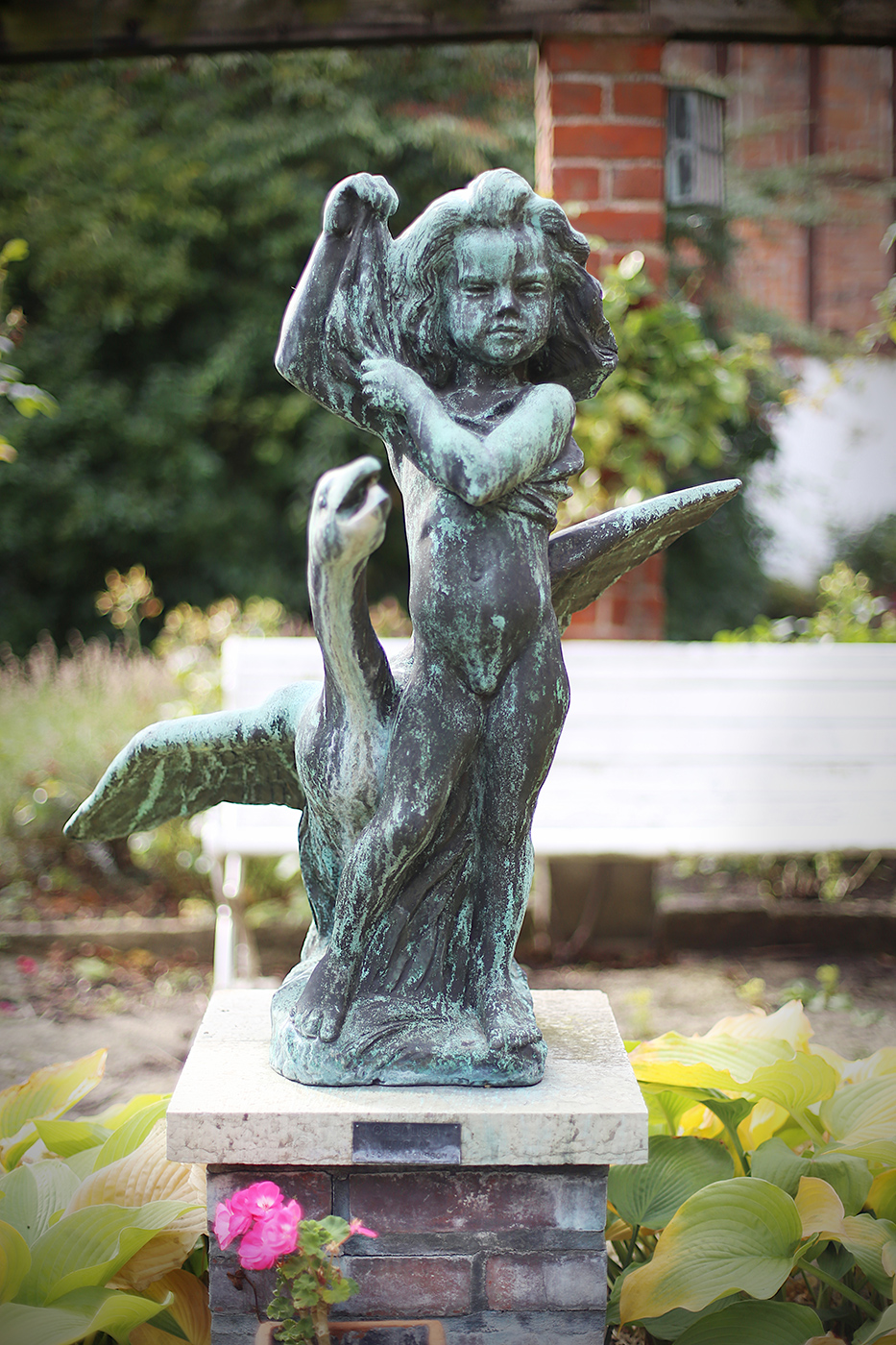 If you have ever been on a guided tour of Ystad, you notice that there are many beautiful courtyards hidden away in the old part of the town. At Pilgrändshuset – Ystad’s oldest preserved half-timbered building with origins in the 1500s – there is beautiful little garden with flowers and herbs. The small fountain sculpture, The Goose Girl, has stood here since 1949. She stands on a brick base and is cast in bronze. The Goose Girl has a determined look on her face and is in the process of pulling off her dress. Behind her, the goose flaps nervously. From his beak a jet of water streams down into the basin. The Goose Girl was originally a legendary being who has often inspired both artists and writers. A well-known example is Nataly von Eschstruth, who wrote the novel, Gänseliesel. The Swedish edition, entitled Gåsalisa, was published in 1891. In Ystad, there is a tall story claiming that women who kiss the goose’s head will gain eternal youth.

Oscar Antonsson began his career as an academic in Lund. He was active as an art historian and was also employed as a curator at the National Museum in Stockholm. His artistic direction started with drawing in the 1920s. After many study trips and study programmes, including visits to Italy, he worked mainly as a sculptor. Oscar Antonsson produced many works in bronze and marble. He also worked as a lithographer, etcher and silhouettist. His versatility meant that he also designed objects in bronze and tin, first for Ystad Metall and then for another Ystad company, AB Athena. He was both the founder and joint owner of the latter company.

Another of his works – Bäckahästen (The Brook Horse) – can be seen in Ystad, at Stortorget.