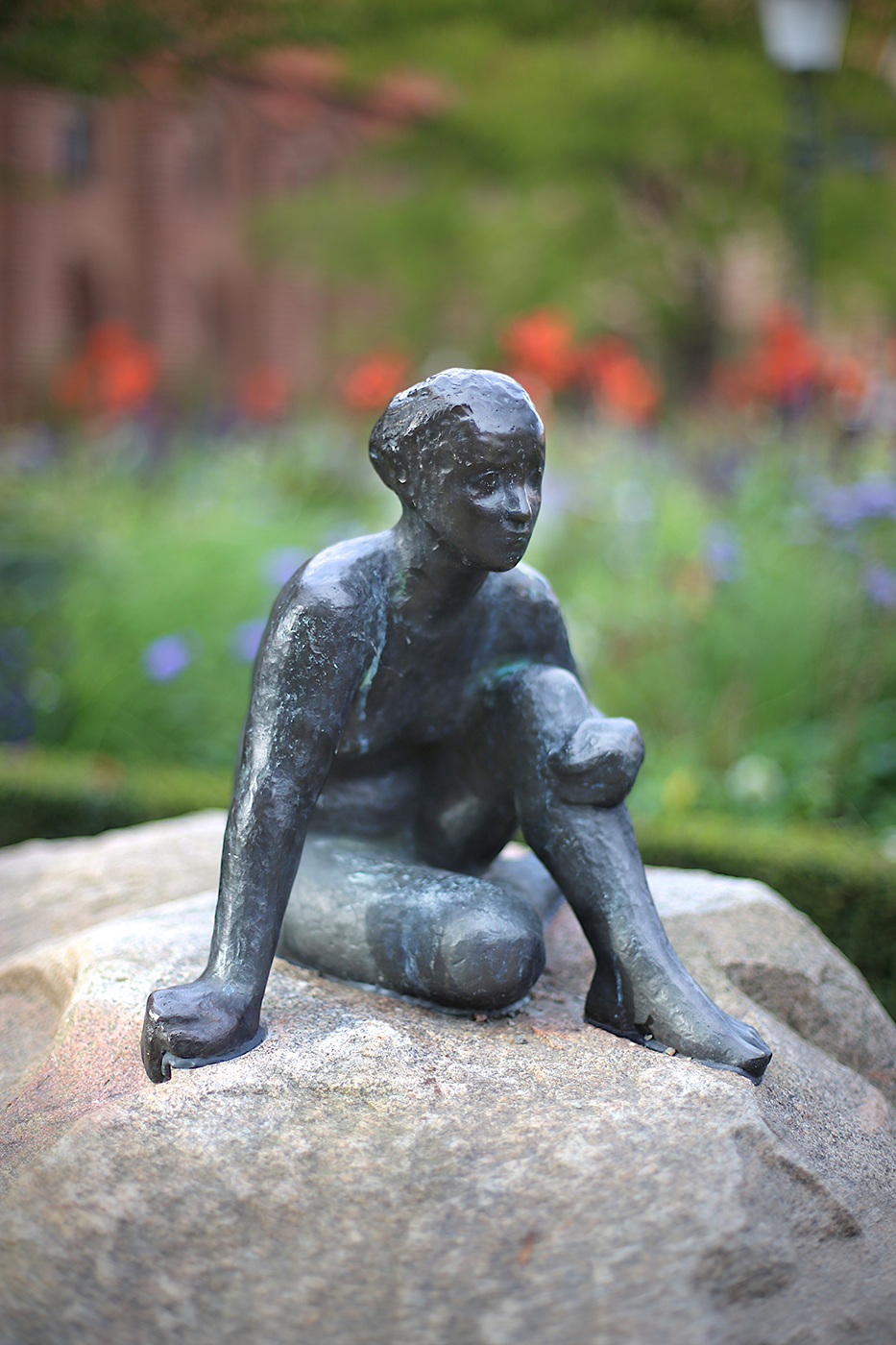 The gardens and flowerbeds around Ystad Abbey are intended to be a place for rest and contemplation. The abbey is surrounded by benches with bases in renaissance style. Where the flowerbeds and paths allow, there are classic park benches where you can relax for a while. One such place is in front of the abbey, with a view over Klosterdammen – the abbey’s pond. Boxwood hedge-ringed flowerbeds in front of the benches display seasonal flowers from early spring to late autumn. The small sculpture Longing by Ivar Ålenius-Björk was produced in the mid-1950s and placed here in 2010. The artwork was a donation to Ystad Municipality by Inga and Rune Skarvik. Here you can sit and look at people passing by and the little bronze girl, who, as if in a dream, sits with her back to the stream of people.

Ivar Ålenius-Björk was born in Malmö and educated at the Skåne Art School. He also studied at the Royal Danish Academy of Fine Arts in Copenhagen. Due to his modern idiom, his work was exhibited at the prestigious New York World’s Fair in 1939. Ivar Ålenius-Björk is also known for his collaboration with the company Ystad Metall, perhaps especially for Liljan (The Lily), a candlestick design that became a classic. His works of public art can be seen in places such as Malmö, Lund and Ängelholm. He also produced many portrait busts.

Another of his works – Minnesten och bronsreliefer över AV Runnerström (Memorial Stone and bronze reliefs for A V Runnerström) – can be seen in Ystad, at Runnerströms torg.