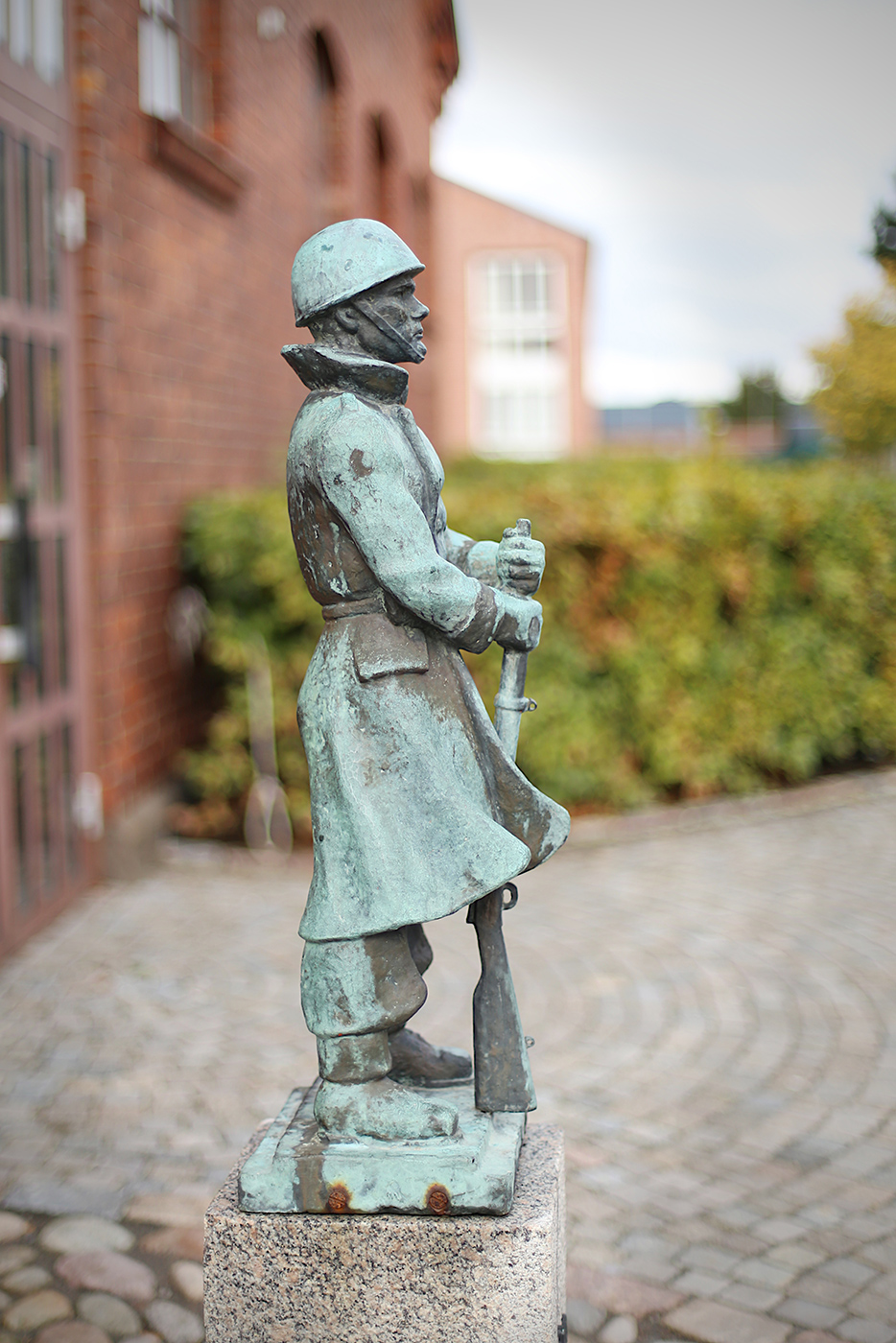 In front of Ystad Military History Museum stands a very appropriate bronze sculpture, The Conscript Soldier, produced by Jonas Fröding in 1956. The sculpture was a gift to LV4 (Skåne Air Defence Regiment) in Malmö from LV4’s Old Comrades Association. When the regiment moved to Ystad, The Conscript Soldier followed and after the disbanding of the regiment in Ystad it eventually ended up in the present location. Initially, the sculpture was intended to be 3.2 metres tall, but when it was finished its height was just 87cm. An inscription under the sculpture says; “Honour-Duty-Determination”, a motto attributed to General von Döbeln, who once commanded the North Skåne infantry regiment.

Jonas Fröding studied at the Royal Institute of Art in Stockholm under Carl Milles. He also studied sculpture in France and Germany. He was the second cousin of Sweden’s major national poet, Gustaf Fröding.

His work can be seen in places such as Malmö, Hörby, Lund and Landskrona.