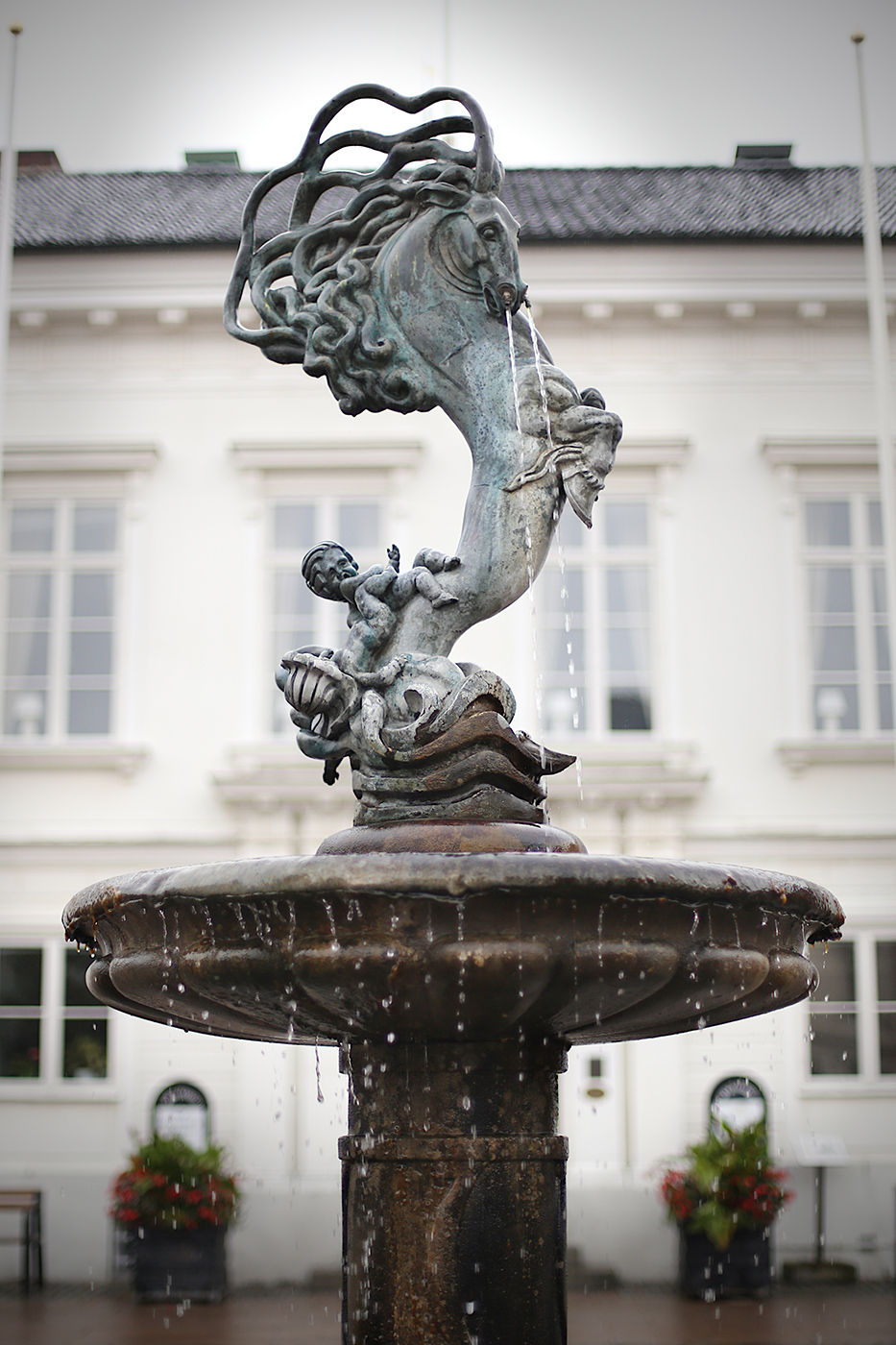 In the middle of the town’s main square – Stortorget – in the heart of old Ystad, stands Oscar Antonsson’s dramatic sculpture, The Brook Horse. The work is a fountain sculpture in bronze with stonemasonry in granite from north-east Skåne. It could certainly be claimed that it is Ystad’s most viewed work of art. The Brook Horse is a creature in Scandinavian mythology that was believed to live in rivers or brooks and was said to lure small children to climb onto its back and then take them down to the depths. Oscar Antonsson has rendered The Brook Horse in a demonic, almost triumphant, pose. The small children are now sitting on its back and are about to meet their fate in the watery depths. The sculpture is in the Art Nouveau style, which is particularly accentuated by the almost vegetative flowing mane.

Oscar Antonsson began his career as an academic in Lund. He was active as an art historian and was also employed as a curator at the National Museum in Stockholm. His artistic direction started with drawing in the 1920s. After many study trips and study programmes, including visits to Italy, he worked mainly as a sculptor. Oscar Antonsson produced many works in bronze and marble. He also worked as a lithographer, etcher and silhouettist. His versatility meant that he also designed objects in bronze and tin, first for Ystad Metall and then for another Ystad company, AB Athena. He was both the founder and joint owner of the latter company. Oscar Antonsson’s work can also be seen in places such as Stockholm, Malmö, Karlskoga, and Sandviken.

Another of his works – Gåsalisa (The Goose Girl) – can be seen in Ystad, in the courtyard of Pilgrändshuset, Pilgränd 2.