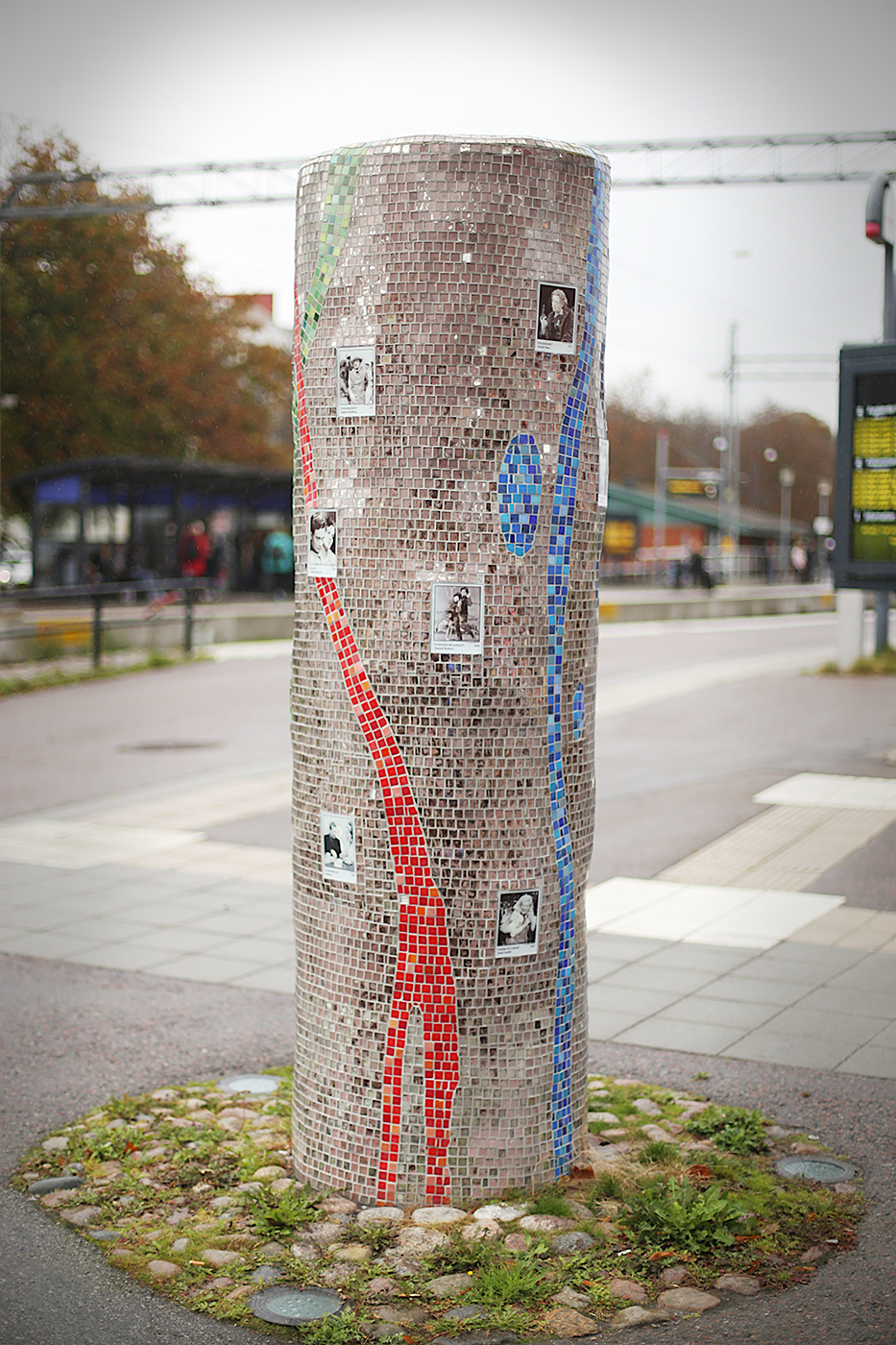 Ernst-Hugo Järegård was born in Ystad in 1928. After his death in 1998 there were frequents calls from Ystad residents for the great actor to be honoured with, as many expressed it, a statue. In 2001, the Culture Committee took action, allocating funds and assigning the Director of Ystad Art Museum at that time, Thomas Millroth, to organise a competition for the design of such a memorial. The chosen winner was artist and designer Jenny Ahlström from Onslunda with her controversial proposal for a sculpture in mirror mosaic, glass and concrete. The debate about this decision went on for a long time and it became quite a heated issue in the mass media. The proposal was a long way from the statue that so many people wanted to see. Initially, Ernst-Hugo Järegård’s surviving relatives were not wholly satisfied either, but after a time there was a reconciliation and they attended the unveiling in the summer of 2001. Like many other contentious public works of art, the sculpture has become a popular and eye-catching sight that many want to see, often when waiting for a train. Embedded in the glass mosaic are various black and white photos of Ernst-Hugo Järegård in his most well-known roles.

Jenny Ahlström is an artist, graphic artist and designer. She favours working in unusual materials such as glass, plastic, paper and metal.